As one of the more tolerant regions in Europe, Jewish people began to settle in Krakow beginning in the 12th century. And from the 15th century onward through the beginning of WWII, Krakow was home to one of the largest and most significant Jewish communities in the entire world. Today, while its total population of people in Poland has greatly diminished, the Jewish Quarter of Kazimierz remains the beating heart of Jewish culture in Poland.

Today, while its total population of people in Poland has greatly diminished, the Jewish Quarter of Kazimierz remains the beating heart of Jewish culture in Poland.

Of course a walk through Kazimierz is really a lesson in its part of Jewish history, art, culture, and architecture. And on this tour we explore, learn, and remember the tragedy of the Holocaust and World War II, a part of which served as the inspiration for the film, ‘’Schindler’s List.’’

But let us also revel in Kazimierz’s glory, for it is obvious to any traveler that there is something special and distinct about the Jewish Quarter of Kazimierz that might be, perhaps to many, a pleasant surprise. Its streets are picturesque, replete with splendid homes and buildings in every direction. Restaurants and coffee shops and bars abound, and Kazimierz is also the place where so many of the best artisans in the city call home. Indeed, there are synagogues, museums, and iconic squares to be seen, and we visit them all on this tour through one of the most prominent Jewish neighborhoods in the entire world.

So don’t miss this opportunity to visit and explore with us a place and a time, however many centuries old, that we must never forget. Our Kazimierz Tour within the jewish quarter of Krakow is the best option for you.

Look for our white umbrella (with our logo) in front of the Town Hall tower, next to the sculpture of Eros Bendato in the Market Square (Rynek Glowny). 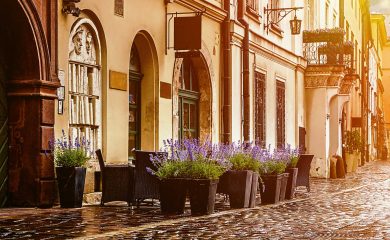 The Old Town of Krakow is an iconic and historically unparalleled district in Central Europe, with a daunting 6,000 plus landmarked sites to discover. But fear not— Krakow’s colorful Old Town … Learn more 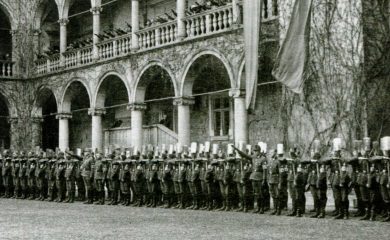 Travel back in time and discover on this tour the tragic history of World War II in Krakow. The bloodiest war in the world is the main protagonist of this tour, ideal for all lovers of this period of … Learn more 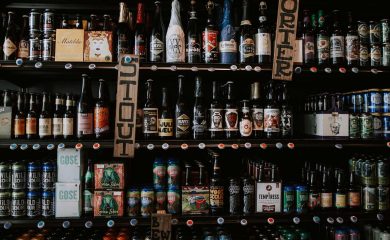 Do not wander aimlessly through the streets of Krakow in search of great Polish craft beer: let us guide you to them! This immersive experience of venturing into the great unknown will yield a … Learn more
We use our own and third-party cookies to improve our services and show you advertising related to your preferences by analyzing your browsing habits. If you go on surfing, we will consider you accepting its use. You can change the settings or get more information here Read more... Aceptar Cancelar